This scene is based on three famous pieces of art: ‘The Mona Lisa’ by Leonardo Da Vinci, ‘Scream’ by Edvard Munch, and ‘David’ by Michelangelo. 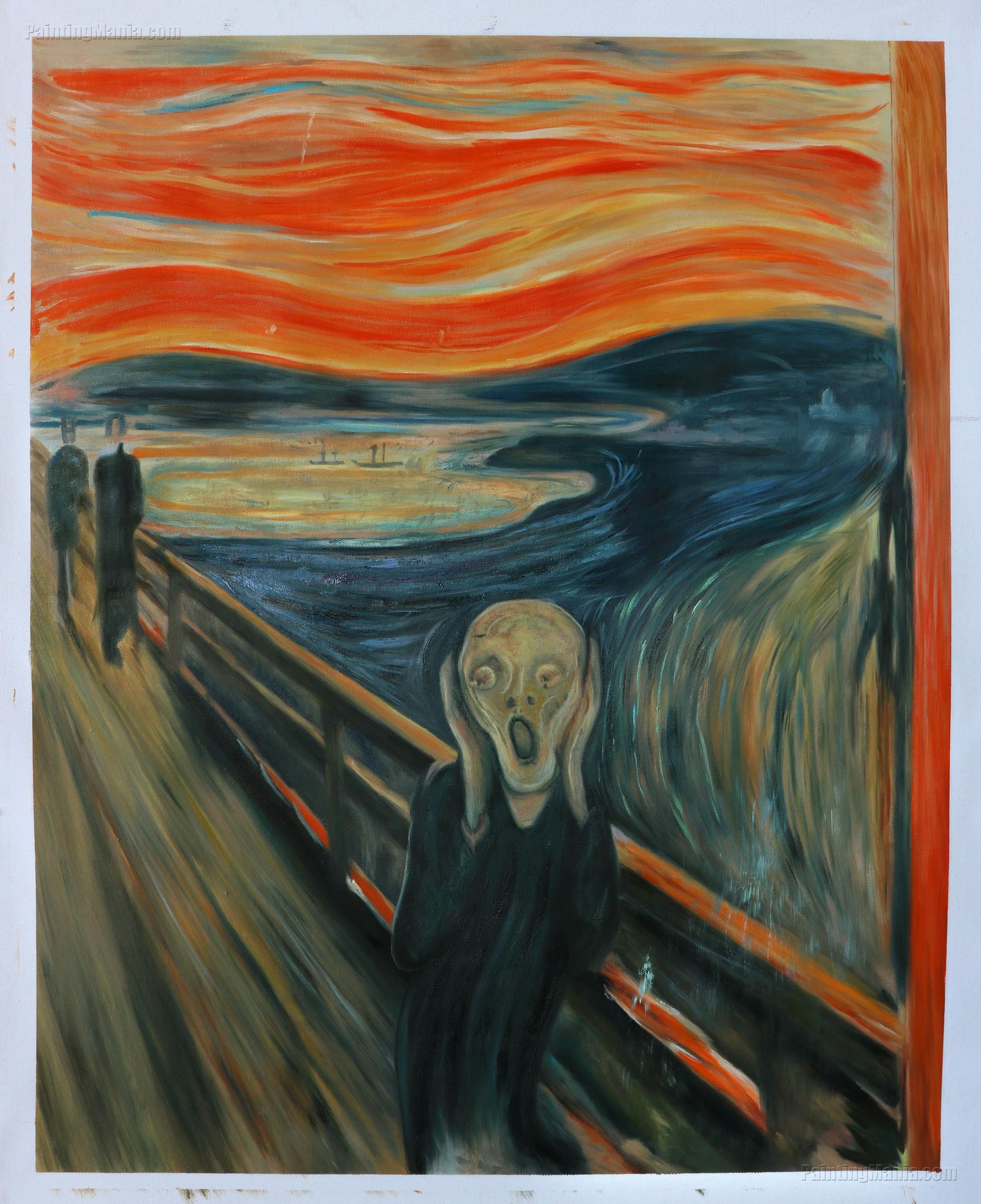 “How many people do you think we’ll see tonight?” Edvard asked his friends.

“Oh, I dunno.” Mona responded. “Probably a ton-as usual.” She replied nonchalantly. She was accustomed to people looking at her.

“Hmmm, yeah.” Mona responded casually. She didn’t seem to be too interested in the people who’d be coming in to the museum to see them tonight. With her dark hair and beguiling smile, it was impossible not to be intrigued by her. Everyone just loved to stare at her and guess about who she was and why she smiled the way she did.  She hated this.

“How many you estimate?” Edvard went on.

“Ok, I’ll ask David. Hey David!” Edvard called to the naked man statue across the room. David had overheard the conversation and was ready to guess.

“I’ll go with 300.” David said. David, unlike Mona didn’t mind all of the visitors and the stares. He hadn’t quite tired of people looking at him and his toned, muscular body. Though he enjoyed the attention, sometimes he got a bit uncomfortable with being naked and objectified.

“That all?” Edvard replied, jovially challenging his friend.” I think that’s too low.”

David couldn’t refute this. He turned to Mona to get her back in the conversation and noticed her apathetic expression.

“Mona, you feel alright?” He asked, noticing the expression on his friends’ face.

“Oh, I’m just bored.” She sighed. “It’s the same thing every time. People just come in and look at us all day. Everyone wants to see me and stands there staring at me trying to figure out why I look this way. I’m just so tired of it. It’s like we’re art or something.”

“Ummm, we are art.” David replied.

“No, that’s not what I mean. We’re more than that.” She said. “I’m just tired of being ART. I want to be Mona, not Mona Lisa. I’m tired of the same old thing, the same old looks from people.”

“Maybe you should make a different face tonight and freak them out.” Edvard chuckled. He noticed Mona smile a bit. But she still seemed bored.

“What do you want to do?” Edvard asked gently. She pondered a few moments.

“I should talk to them or something.” She finally suggested, only half kidding. “I just hate being looked at all day.” She sighed.

“Yeah, I guess that’s true.” Mona laughed. “Your ass is hanging out!”

“That’s not the only thing that’s hanging out!” David quipped.

“I can’t imagine people walking by looking at my crotch.” Edvard laughed.

“And your crack!” Mona cackled.

“Are you into my butt, Mona?” David teased.

“Really didn’t need to know that!” Edvard said cringing. He paused. “Wait, are you saying it’d be flabby if you weren’t clenching?” With this comment Mona and Edvard curiously stared at David’s back side as if they were waiting for it suddenly turn into a pancake.

“Nah, not flabby, just not as tight. It looks better like this.”

His friends took one more look at his rear.

“Wonder what he’d look like with a normal body?” Edvard asked Mona.

“Yeah, no one would look at that.” She replied.

“There’s such pressure!” David exclaimed. “I can’t even be a normal man! I have to be ripped!” He exclaimed as he threw up his arms in frustration. “Not that I mind being ripped, but still! I couldn’t be flabby for one minuet if I wanted to be. Edvard, you’re so lucky! You don’t need to worry about looking good!”

“No, I mean you’re all swirly; being ripped doesn’t matter when you’re swirly.” David laughed.

“And no one’s really concerned with a six pack and tight ass when you’re screaming, either.” Mona added.

“And no worries about clenching.” Mona laughed.

“Ok, can we please stop talking about my rear end?” David chuckled. “At least people are interested in something other than your body, Eddie.”

This was very true. David was just the naked man with the great body and Mona was just the pretty lady with the beguiling expression. When people looked at Edvard with his fearful look and distorted body they had to think about who he was and why he was that way. But this was mostly because there wasn’t much of a body to look at. He was really swirly. Oh, and screaming. He was screaming, too.

“Well, who wouldn’t be interested in a psychedelic, screaming man?” He replied with sarcastic humor.

They went on chatting and laughing for several minutes before Edvard perked up a bit and began looking towards the glass doors of the gallery. He thought he had heard some of the curators and staffers talking nearby. As David and Mona exchanged friendly jabs, Edvard kept one ear on them and another on the hallway outside the gallery. It was nearing opening time and the staffers would be into the gallery one last time to ensure that everything was ready.

Edvard was only half listening to his friends at this point. Only bits and pieces of what Mona and David were saying registered.

“You have no idea what my exercise regimen is like. It’s really complicated and intense. I can’t build up too much muscle or I get bulky, but I still need to be strong so I have to-“

“You’re such a jock, David.” Mona laughed, interrupting him.

David smiled and was about to respond when Edvard shushed them.

“I hear someone!” He whispered urgently. This was the signal to return to their normal states and remain silent. A few seconds later two museum staffers entered the room to make a final look over before opening for the day. They passed by all of the works of art, checking to ensure each was secured and clean. When they looked at Mona, David and Edvard, all they saw were still works of art. After a few minuets of checking the two workers left to open the building.

“Have a good night, guys!” David whispered to his friends.

“You too!” Mona and Edvard responded.

All three were silent for the rest of the day. Hundreds of visitors came in and out, gazing at the three friends and all the other art work around them. They all chatted with their companions about Mona’s facial expression, what Edvard represented and, well, poor David was objectified all day long. Everyone kept looking at his rear end.

Photos of Art:  Pixabay (Mona Lisa & David) and Painting Mania (For The Scream)

10 thoughts on “Art Talks Back”